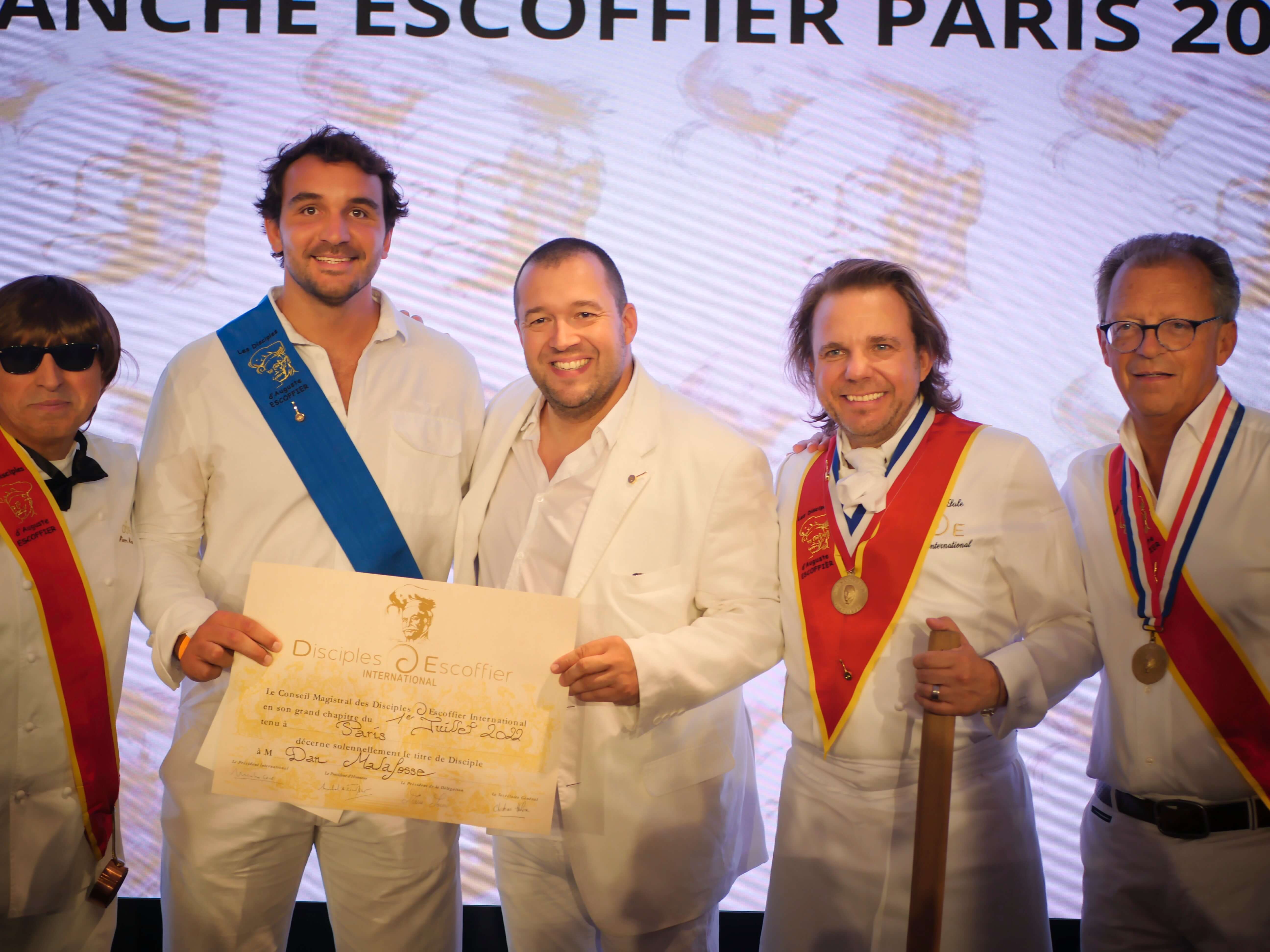 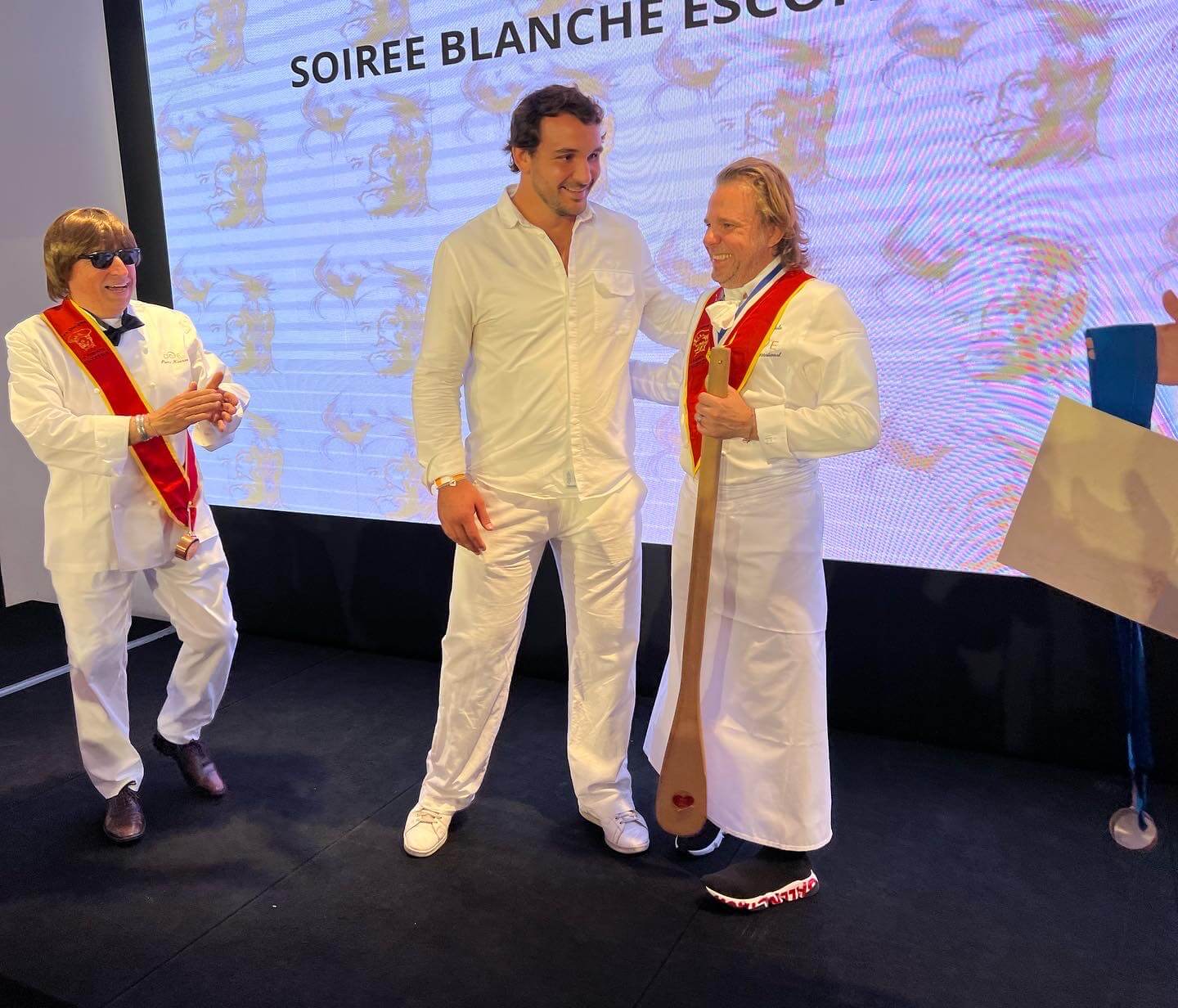 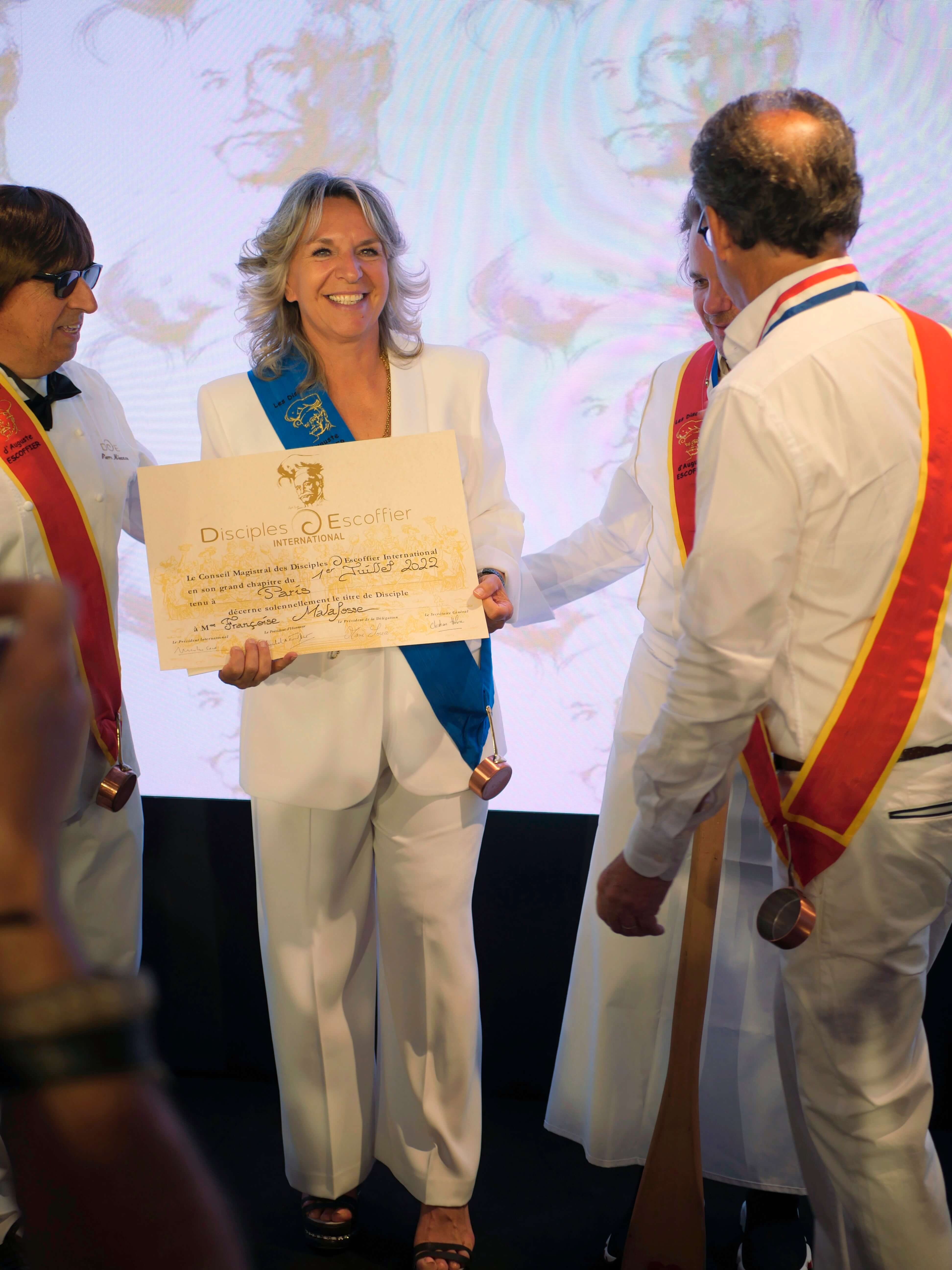 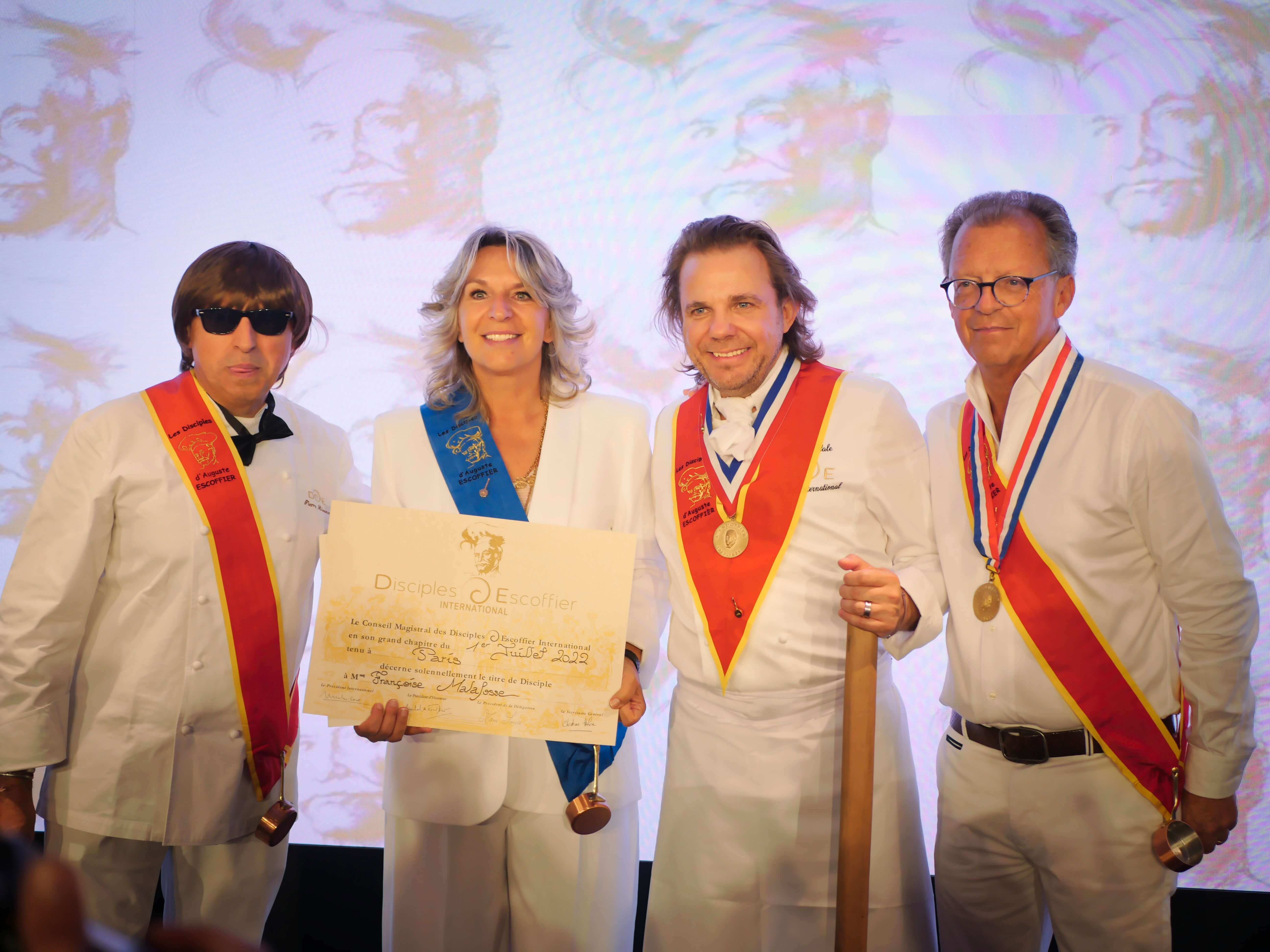 Gourmets de France and the Disciples Escoffier... A story to be told between lines and love of taste !

"I pledge to transmit, serve and honor Cuisine, its culture and its permanent evolution"... An oath, we might even say, the standard of every good epicurean who advocates the values of the Escoffier spirit loud and clear.

On July 2, 2022, Françoise Malafosse, Founding Director of Gourmets de France and her son Dan Malafosse, Director of the Tasting Box, were both inducted into the great Escoffier family by the Paris delegation. EAnd for the occasion, their patrons were none other than Chef Nicolas Sale, International President of the Escoffier Disciples and Guillaume Gomez, former chef of the Élysée Palace who became Ambassador of French gastronomy for the Republic.

Thus, after the traditional tap on the shoulder, our two emissaries of gastronomy were awarded the eminent Blue Scarf. Established at the beginning of the 90's under the presidency of Henri Ricottier, this sign of great distinction highlights their involvement as well as their boundless commitment to promote gastronomy and the Escoffier Spirit in all its forms. A recognition that allows them to enter the history of a living and inexhaustible heritage, but also an opportunity to open up to the world, to make French gastronomy shine beyond our borders.


What's next ? A burst of energy, full of flavor !

 Can not login without email!

 Can not login!

Please contact with us or try to login with another way

Thanks for logging in